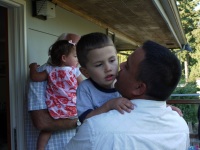 I’m writing this while waiting for a friend in a Mt. Vernon public health clinic. I’m thinking how much I love this country of ours. I loved the way it was when I was young and most people lived in communities where everyone shared the same background and experiences. I love the way it is now, enriched by people from every nation under the sun.

Mt. Vernon is a farming town with a large Hispanic population. Most came here originally to help grow and harvest the berries, corn, cucumbers and other crops that make this area one of the nation’s most bountiful food baskets. They’re on the way toward realizing the American dream for themselves, just as my ancestors did. But for now they need the extra help this clinic provides.

The waiting room is filled mostly with people who have beautiful brown skin and dark eyes. The fluid cadences of their native languages flow around me. It makes me feel as if I’ve been dropped into another country, but it doesn’t seem strange to my younger friends. They have grown up with playmates and school friends of many national backgrounds.

It’s still a marvel to me, all these colors, languages and cultures tossed together to make up this country called the United States of America. It’s the same way across the border in Canada. Sometimes the uniting doesn’t go smoothly. The good thing is we’re working at it. We’re hopeful about it. We appreciate the contributions immigrants bring to this country, even while we argue about who gets to come and how.

It occurs to me that our country isn’t really about being a melting pot anymore. It’s more like a salad bowl. Salads are full of intriguing flavors, textures, contrasts–much more interesting than the bland blended flavors of something out of a “melting pot.” 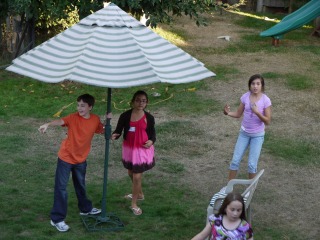 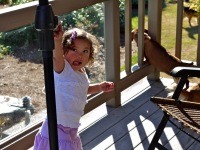 These people are just a few members of my own rainbow family. We are Norwegian, German, Chinese, English, Native Hawaiian, Cherokee, Native Alaskan, French, African American, Hispanic…and soon, a baby boy from Korea will join us.

4 thoughts on “Our Salad-Bowl Nation”