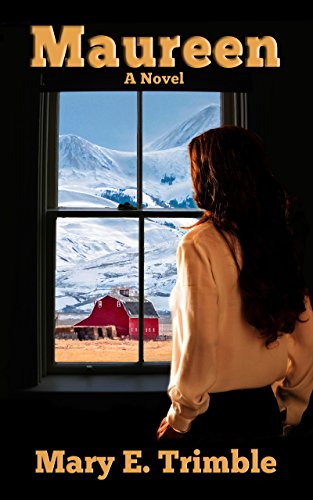 Maureen Gardner picks up the Seattle newspaper one evening, longing to escape bitter memories of betrayal and lost love. A help-wanted ad for a housekeeper-caregiver tugs at her heart. Within days she crosses the Cascade mountains to the ranching country of eastern Washington and finds herself the answer to the Cahill family’s deep need.

Still grieving the tragic loss of their mother, seven-year-old Leslie Cahill and her teen-age brother Wade become the children Maureen knows she will never have. Over the course of nine years, she becomes an indispensable part of the family. From the beginning she feels attracted to their father, John, although she stifles that emotion, thinking the only way to continue doing her job is to maintain a professional detachment. Through the ups and downs of family life, Maureen fills a vital role as supporter, encourager, and counselor for all the Cahills. But when John seems to be building a relationship with someone else, Maureen wonders how she’ll handle another woman in the household, especially if the other woman is John’s wife.

When the object of Maureen’s long-held bitterness dies, John insists on taking her to the memorial service. He helps her come to a place of forgiveness, and with the forgiving comes freedom . . . to embrace all that life can hold as they look to the future, together.

I liked the way Ms Trimble expands the stories told in Leslie’s viewpoint in Rosemount and McClellan’s Bluff, retelling them from Maureen’s point of view. I enjoyed learning about ranching along with Maureen. The book is populated with a cast of varied characters who could have easily stepped out of any ranching neighborhood and onto the pages of the story. Maureen’s wisdom and thoughtful way of interacting with the young people in her charge make me wish I’d have had her example when raising my own children.

The happy ending was worth waiting for.

In 1987, the Everett & Monte Cristo Railroad deposits Melinda Mcrea at the end of the line, a rough little mining town high in Washington’s North Cascade Mountains. Monte Cristo’s jumble of unpainted board buildings crowd a tilted triangle of land. Rugged peaks pierce the sky. From their heights echo the blasting of tunnels.

Optimistically, early prospectors named the area after the wealthy Count of Monte Cristo in a popular book by Alexander Dumas. Their town is doomed to struggle from the start by its wild, remote location, the ill-chosen route of the railroad, a poorly-timed recession, and most of all by the vagaries of weather as wild and untamed as the location.

But Monte Cristo refuses to give up. Each spring, crews repair the flood-damaged railroad and mining goes on. Hopes for a bonanza are still high in 1897, although a country-wide depression is devastating Everett, the town planned by Rockefeller and other Eastern financiers to become the center of a burgeoning West Coast empire. The ore from Monte Cristo is  part of their plans.

Melinda unwillingly postpones her dream of education in order to help support her family. She becomes involved in the life of the town while filling in as temporary schoolteacher.

Despite her vow to never marry a miner, she finds herself attracted to Cornish mine captain Quin Chenoweth, the uncle of her young friend Evan. When Evan and other boys get lost in the depths of a mine, she helps Quin search for them. Labor discord leads to an “accident” that nearly kills Quin and his crew, causing her to realize the depth of her feelings for him.

Then autumn rains bring a deluge that once more destroys the railroad. When the Eastern financiers decide to recoup their investments, upheaval for the citizens of Monte Cristo is complete. Is Monte Cristo finished? And how will Melinda solve the conflict between her dreams and her love for Quin?

Heart’s Gold is Book One of Monte Cristo Memories, the true story of Monte Cristo. Melinda, Quin and the other characters exist only in the author’s and reader’s imaginations, but they represent the real people who experienced the story.