*See below for a special offer for students or teachers.

A quest for lost treasure leads Jodi, Mike, and Billy on an exciting mountain escapade! 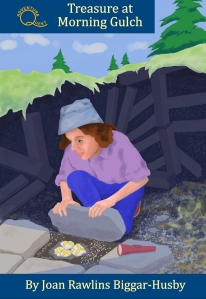 When a sudden storm sends Jodi and Mike Marsh and their cousin Billy Skarson scurrying to shelter in a forgotten mountain cabin, a letter from long ago sets off a dangerous search for an abandoned gold mine. The cousins not only find unexpected treasures along the way, they learn important lessons about life and living.

Imaginations will soar while enjoying the special world that is the Pacific Northwest.

Off to Guardian Island, danger, and unplanned adventure! 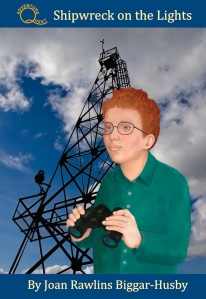 When Jodi’s pen pal, April, invites the cousins to visit her home on a working British Columbia light station, they find more action than they’d ever have imagined on such a tiny, remote outpost. There’s a shipwreck, drug smugglers, and a daring helicopter rescue, for starters. Through it all, Billy discovers that Jesus never deserts his friends.

*For home-schooling parents and teachers:

Adventure Quest books were originally written for students of the 1990s. Today’s young readers can enjoy the mystery and adventure of the republished stories, set against the varied backdrops of the Pacific Northwest. They will  experience life as it was lived before cell phones, computers, and electronic games.

We  know that in this time of Covid 19, many parents have been thrown unprepared into managing their children’s schooling. The Adventure Quest books were written not only to engage readers in exciting, well-written stories, but also to supplement social studies and language arts curricula, both at home and in school.

Other books by Joan Rawlins Husby

Living Gold: The Story of Dave and Vera Penz in Kako, Alaska 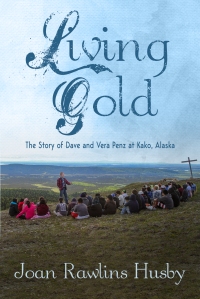 When ordinary people determine to follow a God-given vision, there is no limit to what God can accomplish through them. Living Gold: The Story of Dave and Vera Penz at Kako, Alaska is such a story. It’s a life of high adventure marked by perseverance, hard work, and great faith. Against incredible odds, they transform an old gold mine into a place of refuge for the far-flung Yupik Eskimos of western Alaska. In so doing, they and their fellow workers bring the light of God’s good news into the realms of spiritual darkness. 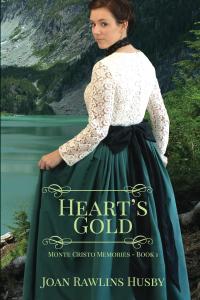 When Melinda McCrea comes to Monte Cristo—an 1890s mining town in the Cascade Mountains—she vows she’ll never marry a miner. She dreams of teaching school, although getting the necessary education seems impossible. Then Monte Cristo’s new schoolteacher resigns and Melinda is asked to fill in.

Meanwhile, disgruntled miners blame the Cornish newcomers for the loss of their jobs. To push his agenda, their leader Anton Cole arranges an “accidental” mine explosion. Quin Chenoweth, guardian and uncle of Melinda’s seven-year-old friend, Evan, and a voice for reason in the fledgling union movement, is trapped with others and injured while leading them to freedom. While waiting and fearing the worst. Melinda realizes the depth of her feelings for Quin.

In November floods wreck the railroad, and isolate the town. Melinda flees with Evan and other townspeople. Quin takes them to safety in the new city of Everett. He asks her to marry him. Then an unexpected turn of events puts college within Melinda’s reach. Will she pursue her dream or choose an uncertain future with her two loves?

Monte Cristo,  Washington—an actual historical location—is now a ghost town popular with hikers and historians. Though most characters are fictional, they represent the people who lived Monte Cristo’s story.

A Logger’s Daughter: Growing Up in Washington’s Woods 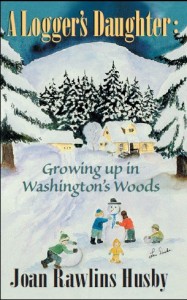 This memoir is a series of lyrical, sometimes humorous, sometimes moving essays about growing up in the north Cascade mountains’ Robe valley, in the 1940s and ’50s. Joan also includes the mining and logging history, the flora and fauna, and the geology of the area.