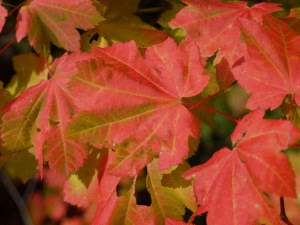 This summer we bought a digital camera. In my delight at not having to ration my picture taking to the usual roll of film, I snapped thousands of photos and downloaded them to my little Mac Mini. I overloaded its storage capacity. Its circuits ground slower and slower until my old friend threatened to freeze up.

So we drove to the Apple store and picked out a sleek laptop, which will accompany us on our travels. When we’re home, we can hook up the old monitor, keyboard, mouse, and printer and use it like a desktop. I’m so proud of my prowess! I will never be as computer-literate as most of today’s middle-schoolers, but then, they’ve grown up navigating the world of electronics. They don’t worry about writing legibly by hand.

Back in the good old days, the teaching of penmanship ranked right up there with readin’ and ‘rithmetic. Students learned how to shape the building blocks of communication on sheets of blue-lined penmanship paper.

Alas for this eager learner: My brain and my hand didn’t communicate very well. No matter how hard I tried, my big, soft-lead pencil smudged and jerked across the page, making untidy angles instead of flowing curves. It got worse when we learned to write with ink. Each of our desks had an inkwell–a hole in the upper right corner–into which fitted a bottle of ink. Using wooden pen holders with replaceable metal tips called nibs, we dipped them into the dark liquid, and trying not to get too much on the nib, we practiced the same exercises we did with our pencils. If we did it right, ink flowed from the tips of the pen onto the paper in neat cursive that gradually faded with each letter. Then we dipped the pens again. But if we didn’t get it right, our finished exercises would be blotched with blots and spatters of ink.

Whether using pen or pencil, handwriting for me still causes great tension. My readers often have to ask for a translation. Which brings me back to those fascinating, frustrating, fabulous computers.

Sometimes I marvel at how easy it is to share the written word now. In my lifetime, I’ve gone from pen holder and ink pot to fountain pens and then ball points. I graduated from the monstrous, noisy typewriters in Miss Easton’s typing class to the smaller portable typewriter I carried to college and upon which I later typed my first novel (original and three carbon copies), after first writing it in longhand on yellow legal pads. Then came a state-of-the-art Selectric typewriter. My fingers flew over that keyboard, barely whispering, and I loved it. I next tried a combination typewriter/word processor with a window that showed three or four lines of typing at a time, then bought my first real computer. It came with a word-processing program that no one even knows about any more.

One thing is not going to change though. Even the smartest computers can’t replace the thinking, feeling, creating persons operating them. Their ideas and compassion change the world for the better. And that, this Thanksgiving season, is one thing for which I’m very grateful.

One thought on “MacBook Musings”